In celebration of the 40th anniversary of the publication of War Horse, published by Farshore, Michael Morpurgo will appear in a free live-streamed event for schools on 13th October at 1.30pm. Michael will share the inspiration behind his remarkable story of courage, loyalty and friendship set against the backdrop of the First World War.

Michael Morpurgo will discuss his influences, sharing creative writing tips and exploring the award-winning National Theatre production, which has been seen by over eight million people across the world. The event will include a Q&A with the chance to ask Michael Morpurgo questions. 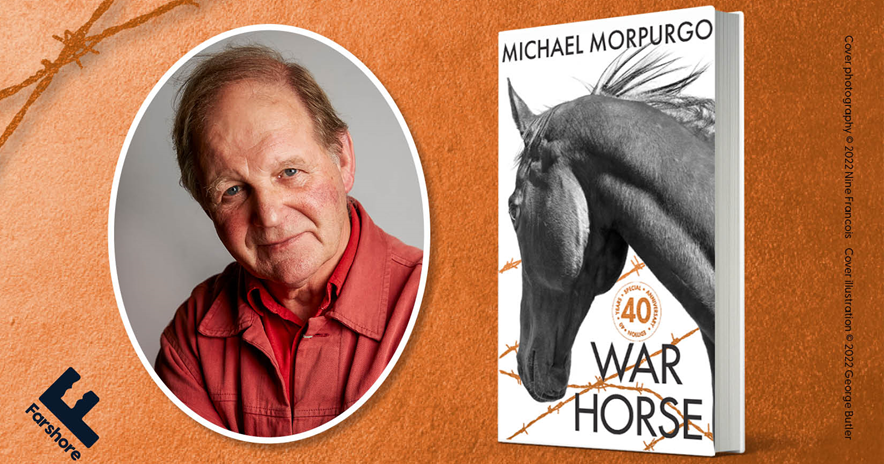 Schools can sign up to the free virtual event here.

For schools that are unable to join the live-stream, a catch-up link will be made available when registering for the talk. The recording will be available from seven working days after the event.

From 13th October 2022, the production of War Horse will also be available on the National Theatre Collection for two months. The internationally acclaimed production is adapted by Nick Stafford, directed by Marianne Elliot and Tom Morris and with puppetry from Handspring Puppet Company.