Into Goblyn Wood is a richly imagined world of fairies with a dark and sinister threat, and is Anna Kemp's first novel for children. She also writes picture books and her work has been adapted for television (Bookaboo, CBeebies), puppetry (Little Angel), dance (Ballet Black) and theatre (New Writing North, Little Blue Monster).

Illustrator David Wyatt's first professional work appeared in British comic 2000Ad at age 17, illustrating a strip for Neil Gaiman. Since then he has worked with many fantasy authors, including Philip Pullman, Diana Wynne Jones, Terry Pratchett and Kieran Larwood. He lives on Dartmoor where the ancient landscape provides much inspiration for his particular brand of mythic art.

Read a Chapter from Into Goblyn Wood

When Hazel escapes from the orphanage and enters Goblyn Wood, she discovers both magic and darkness and begins to uncover the truth about who she really is.

Into Goblyn Wood, written by Anna Kemp and illustrated by David Wyatt, is an incredible fantasy adventure that takes readers into the richly imagined world of Goblyn Wood, where something powerful and sinister is stealing magic from the world.  We asked Anna Kemp to tell us more about it.

1.   You're well known for making gorgeous picture books like Mammoth and Dogs Don't Do Ballet - so why did you decide to write a novel for children?

Basically I had an idea for a story that would never fit into a picture book! The idea began to brew around seven years ago after I visited the Rollright Stones - a stone circle not far from where I live. It's a magical and rather eerie place where fairies are said to dance and revel. After that visit, my own fairy world began to grow wild in my brain. It kept growing and growing until it was far too long for a picture book and needed an epic trilogy instead! But Into Goblyn Wood has pictures too. They're by the fantasy artist David Wyatt and they are absolutely spectacular!

2.   What sort of books did you enjoy reading as a child?

The books I remember best are those that created worlds that I could get completely lost in: Narnia, Middle Earth, Fantastica, Earthsea. I loved the feeling of stepping into a wildly different universe. But I also loved the pockets of familiarity within those worlds - toast and tea with Mr Tumnus, the earthy comfort of a hobbit-hole. That balance of the strange and familiar is pure magic for me and something I've tried to achieve in Into Goblyn Wood.

3.   Can you tell us a little about Into Goblyn Wood?

Into Goblyn Wood is a story about fairies, but not the sparkly sort that pop out of flowers. The fairies of Goblyn Wood are inspired by the earthy, powerful creatures of fairy lore and tradition - the kind that have fascinated and terrified me ever since I was a child.

The hero of the story is Hazel Quince whose adventure begins when her best friend, Pete, is snatched by strange creatures in the woods. Summoning up all her courage she goes in search of him, entering a world inhabited by fairies and threated by a dark power. There she makes fierce friends, dangerous enemies, and discovers a secret that will change her life forever...  There will be three books. I'm finishing Book Two right now! 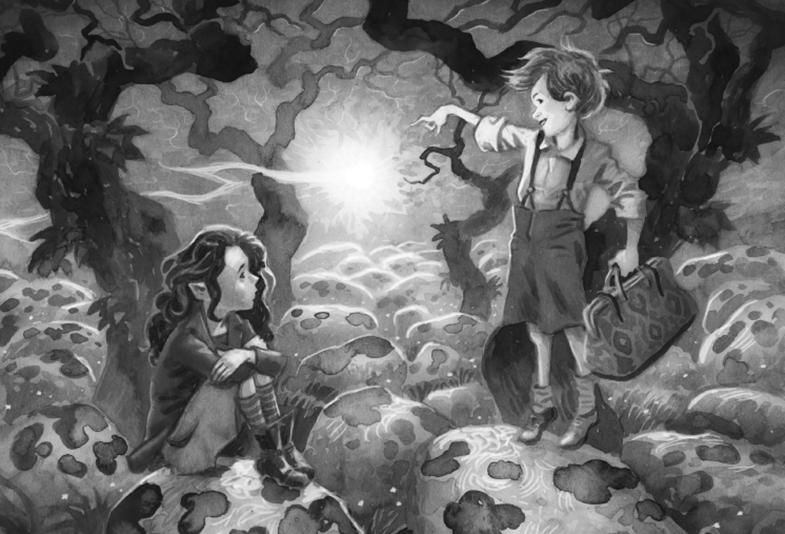 4.   Is the finished book very similar to your original idea?

I'm a big planner and had quite a detailed plan in place for all three books before I started on book one. But in writing, as in life, things rarely turn out as planned!. It can be frustrating when your carefully designed plot falls to pieces in front of your eyes. But that's often when the story takes an unexpected direction and the writing really springs to life!

5.   What did you enjoy about writing your main character, Hazel?

I enjoyed watching her grow. When we first meet Hazel she's quite unsure of herself. She prefers to stay out of trouble and, when others give her a hard time, she doesn't fight back. However, over the course of the story, and with the help of her new friends, she finds her courage and discovers that she is made of much tougher stuff than she ever imagined. I think we all are.

6.   Can you tell us about your world of fairies and magic, and how you developed it?

To create the world of Goblyn Wood I drew deeply on old fairy lore, then developed it in my own direction.  Most of the fairies in the wood are what my character Professor Grinling would call 'Common Fairies'. Common fairies are what we would have become if we hadn't been born. If our parents had never met, and we had not been born into the world we know, we would have had to have found somewhere else to be. Somewhere on the edges. We would have been possible people - fairies.

Common fairies include Seelies (fairy craftsmen and merchants who live in the root systems of our forests and woods), Druics (musicians and storytellers who travel from place to place) and Arboreans (an aristocratic breed of fairy warrior who settle near the ley lines - the life force of the earth).

But not all fairies are the unborn. As well as Common Fairies, there are the Uncommon kind and these are quite different. There is only one type of Uncommon Fairy in Goblyn Wood and they are known as the Fae. The Fae are the most elusive and the most powerful of Goblyn's fairies. But, above all else, they must be treated with extreme caution, for they are also the most dangerous! 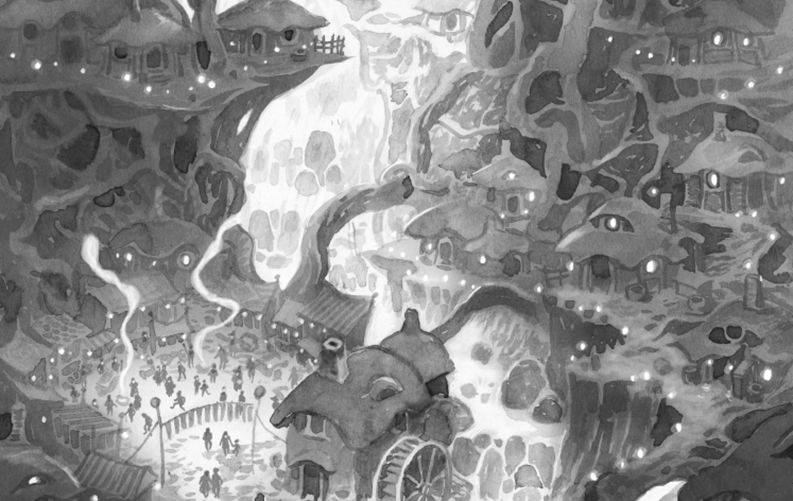 7.   Where in this world would you like to visit, if you could?

I think it has to be the underground fairy village of Understone. I'd love to have a supper of sizzled kippers and buttered potatoes in the Babbages' cosy burrow then spend the night revelling around the standing stone.

8.   Which of the fairies' magical abilities would you enjoy having?

Ah, telling you my favourite magical power would give far too much away! But I wouldn't mind being able to ripen plums in the palm of my hand, or cause the odd rockfall.

I always thought it would be fun to pause time. There just aren't enough hours in the day but what if you could just press pause on the world, have a little rest, then pick up again when you're ready? I'd never miss a deadline again!

10.   Why did you decide to end this book on a cliffhanger? What next for Hazel and her friends?

I love a book that gives the reader a proper sense of ending but, at the same time, opens up a whole new treasure-chest of dramatic questions. That's what I've tried to achieve at the end of book one - it's the end of the first part of Hazel's adventure and the beginning of the next.

In book two you can expect to find out what lies within the Knoll and enter a whole new world of dark and powerful Fae magic. You'll see familiar faces and meet new friends and foes. Hazel will be forced to make some difficult decisions, and will learn far more about the threat to the Hollows, and herself. Oh and watch out for a very scary piece of fruit!

11.   What would your writer's shed look like in the world of Goblyn Wood?

Wouldn't it be magical to have a writing den in the hollow of an old oak tree? It would be lit by fireflies, there'd be blankets made of dandelion down, and I'd keep a batch of acorn cakes in my desk drawer to snack on. Perhaps there would even be a friendly squirrel to keep me company as I write!

12. In the real world, where and when do you do your best writing?

I like to write first thing in the morning, freehand, with my trusty fountain pen. The study, the kitchen table and the sofa are all top writing spots for me... but I'd much prefer an oak tree. Wouldn't you?