Alastair Chisholm's Dragon Storm (Nosy Crow Books) is an adventure-packed new series for younger readers. As well as writing books for children, Adam is a puzzle creator and has written quite a lot of books of Sudoku and other puzzles for kids and grown-ups.

He lives in Edinburgh with his wife (who is lovely), two teenagers (who are lovely but very loud), and a cat named Maudie, who is yowling at him even though there is clearly food in her bowl, look, it's right there, look. His hobbies include writing and playing games on his phone when he should be writing. You can follow him on Twitter @alastair_ch

Imagine a world where dragons still exist, hidden from everyone except for a handful of children who can summon their own dragon to them! But there are also dangers in this world, and each of the children has a special skill they must bring to help protect the dragons.

Read a chapter from Tomás and Ironskin

Read a chapter from Cara and Silverthief

Read a chapter from Erin and Rockhammer

In this video, author Alastair Chisholm tells us more about his action-packed adventure series, Dragon Storm, and challenges you to create your own dragon!

1.  What is your new series, Dragon Storm, about?

Dragon Storm is a fantasy series about a group of children who discover they can each summon a dragon into our world! Each book is about one child and their own unique dragon, and the adventures they have.

2.  Can you tell us about the first two books, Tomás and Ironskin and Cara and Silverthief?

The first book is about Tomas, a blacksmith's son who is invited to join the secret Dragonseer Guild. He learns to summon his own dragon, Ironskin, and meets other dragonseers and their dragons, but as he enters this new world, a danger is striking at home…

Cara and Silverthief is the second book. Cara has survived alone on the streets of Rivven with only a mysterious voice in her head to help her - a voice that turns out to belong to her very own dragon, Silverthief. She agrees to join the Guild, but doesn't trust them, and soon she discovers a dark secret... 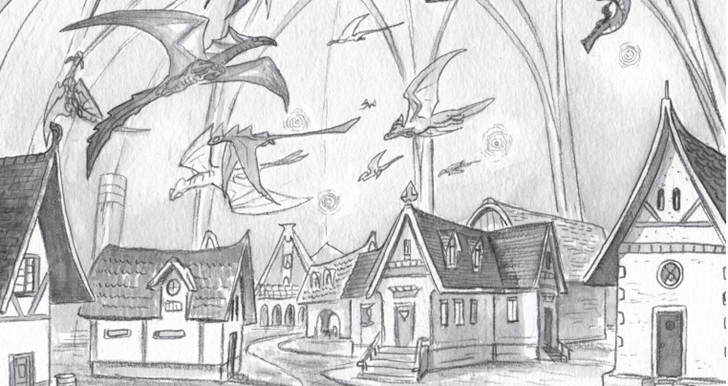 3.  Did you enjoy reading books about dragons as a child?

The dragon I remember most as a child was Smaug, the terrifying creature from The Hobbit. I remember how cunning he was, and scary - so, very different from most of the dragons in Dragon Storm!

4.  What sparked the idea of a 'school for dragonseers'?

My publishers, Nosy Crow, asked me if I would be interested in developing a series about children and dragons, and I jumped at it. I straightaway loved the idea, especially when I realised that each child's dragon could be different, depending on the child - it was the kind of thing I loved as a kid, and I could tell they would be fun to write (and hopefully to read!).

5.  Can you tell us a bit about the dragonseers and their world?

The Dragon Storm books take place in a land called Draconis, where dragons have been gone for a thousand years. But a few children discover that they are dragonseers - they can reach across worlds and connect to one special dragon of their own.

The world of dragons isn't like ours; it's a world of ideas, and a dragon's shape and personality depends on the dragonseer. Each dragon is unique, and each one has a special power. The Dragonseer Guild exists to help teach and protect the children, but they have to be careful, because outside the Guild, dragons are feared - and someone out there is planning something… 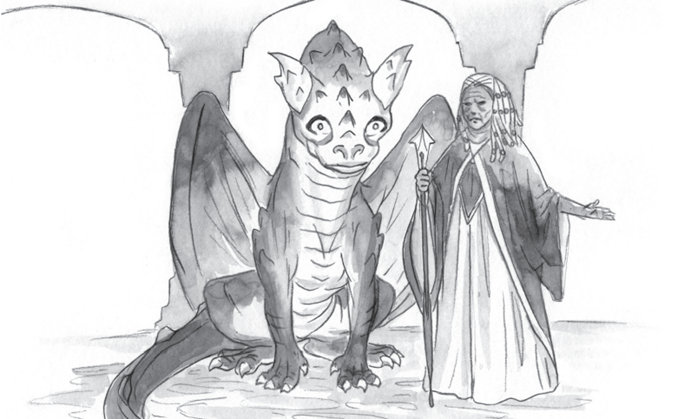 6.  If you were a dragonseer, what would your dragon be like?

I love exploring cities and hidden corners, so I think my dragon would be the same - someone who loves exploring, and finding new stories. I think he would be curious and interested and wanting to show me things I hadn't noticed.

And I think his special power would be that he could change size. He could make himself small enough to sit on my shoulder and point things out as we walked along, or hide inside my backpack so I could sneak him into museums. Then at home he could become big so that I could rest against him like a warm chair, and we could talk and make stories, and read together. And I wouldn't let him eat anyone … unless maybe they were bothering me when I was trying to read my book!

7.  Which training sessions would you enjoy the most - and the least?

Dragon Flying lessons would be the best, of course! But there's also sword fighting, dragon grooming, or self-defence. I think life as a dragonseer would be quite exciting! 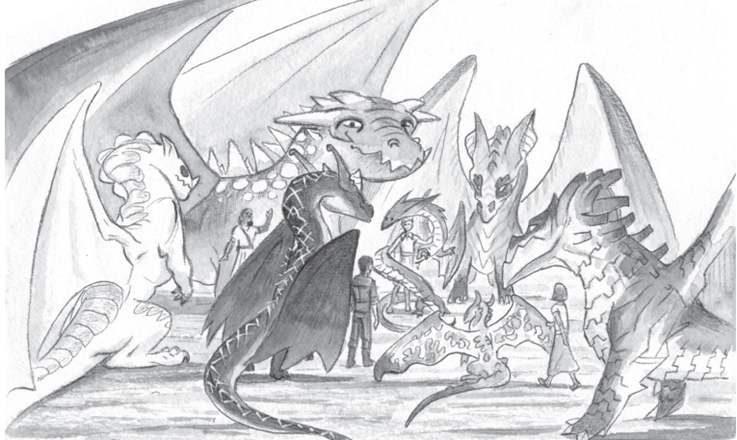 8.  What next for your dragonseers?

I'm having lots of fun with them. We get to meet all the children and find out what makes them (and their dragons) so special, and we learn a bit about their world. There are mazes, great machines, magical artefacts, mysterious dragons, and a secret plot…

9.  How many Dragon Storm books are you planning to write, and how many dragons will we get to meet?

There are eight books planned so far, so - lots, and hopefully even more! I just love coming up with the dragons, and the children themselves, and expanding their world.

10.  Does it take you long to write these books?

Writing shorter books means each word counts, and each chapter has to do lots of work, so I spend quite a lot of time planning. Usually I don't start until I have a really good outline, but then I rattle through pretty quickly.

11.  What have children said about your new series?

They've been lovely so far, and my favourite part has been seeing the dragons that readers come up with themselves. I've already seen some brilliant drawings and descriptions - my favourite one so far has an extra head at the end of his tail!

12.  Are you planning any more books about mythical creatures? What are you writing currently?

I'm finishing book six right now, pushing on with seven and eight next. Meanwhile, my new science fiction book for older children is out this year, and I have a picture book coming, too - coincidently, also about a dragon! 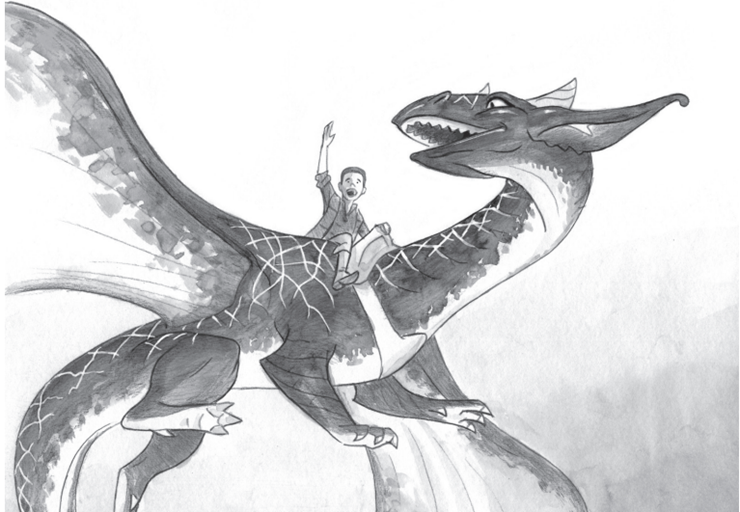 13.  What do you enjoy doing when you're not writing?

I love reading. I've got a stack of books from Christmas and I'm working my way through them, but I also like comics, audiobooks, anything with a good story. And I love puzzles, and games, although my New Year's Resolution though is to not install any more games onto my phone - because I end up getting nothing done....